Bjørn Wiinblad (born 1918 in Copenhagen, died 2006), was a Danish painter, designer and artist in ceramics, silver, bronze, textiles, and graphics. His work has been shown widely in Europe, in the United States of America first in 1954 and in Japan, Australia and Canada in 1968. Wiinblad was named Man of the Year in New York in 1985 and was awarded the American-Scandinavian Foundation’s Cultural Prize of 1995.

Characteristics of Wiinblad's work include whimsical round-faced people, dressed in vaguely 19th-century costume. They are often surrounded by natural elements: twining vines, floral wreaths, and fantastical trees. When Wiinblad employed color, he did so with great assurance. His colors are saturated and strong—sometimes almost psychedelic—and are often supplemented with metallic gold or silver.

Wiinblad was an important designer for the Rosenthal porcelain company. Wiinblad also designed ceramic pieces for Nymølle, a Danish pottery. 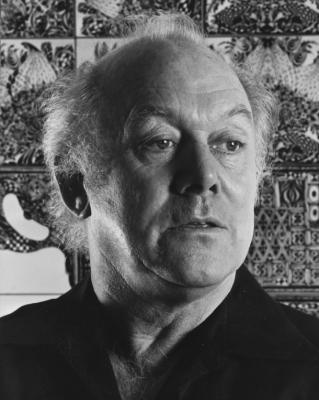