TURI GRAMSTAD OLIVER (born 1938 in Sandnes, Norway) was a handicraft and visual artist. Before starting her formal education, she worked at Stavangerflint AS where she developed a close working relationship with the artist Inger Waage. She began her education as a ceramist at The Norwegian College of Applied Arts in Oslo (1955 – 1958) and was employed during the same period in the workshop of the ceramist Kari Nyquist. She was also educated at The Bergen College of Applied Arts from 1958 to 1960. In 1960, she was empoyed as a designer at the earthenware factory Figgjo Fajanse AS under the artistic direction of Ragnar Grimsrud. In 1961, she worked at a ceramic workshop in the United Kingdom.

Among her most famous designs on ceramic tableware are Daisy, Elvira, Market, Lotte, Tor Viking and Clúpea. In 1968, Figgjo Fajanse AS merged with Stavangerflint AS under the name Figgjo Fajanse – Stavangerflint AS. Turi Gramstad Oliver continued to create designs for the combined factories under the artistic direction of Kåre Berven Fjeldsaa. Many of her designs were used on ceramic tableware produced in both factories, such as the design August among others.

Turi Gramstad Olivier left Figgjo in 1980 to continue working as a handicraft- and visual artist, focusing her artistic expression on fabrics and paper. 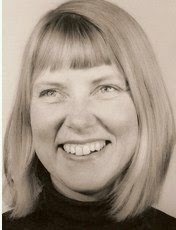 Source: Some of Stavangerflint's artists by Jan Gjerde, 2008.