MARIANNE WESTMAN (born 1928, died 2017 in Falun, Sweden) was a Swedish designer, ceramic artist and textile designer. She is considered one of Sweden's foremost designers of tableware, such as Picknick and Mon Amie, which she designed for Rörstrand's porcelain factory.

She was employed by Rörstrand between 1950 and 1971 and was called 'porslinsmamma', because of her undeniable status as a successful, female designer. During her career of 21 years at Rörstrand's porcelain factory, she designed the now classic, nature-inspired Picknick (1956) tableware as well as the blue floral Mon Amie (1952) series which have become typical examples of Scandinavian design in the 50s. Her distinctive, light-hearted designs for household items in the 1950s and 1960s have earned her a lasting place in Swedish design history. Some of Marianne Westman's designs have been taken into production again by the Swedish textiles design company Almedahls. 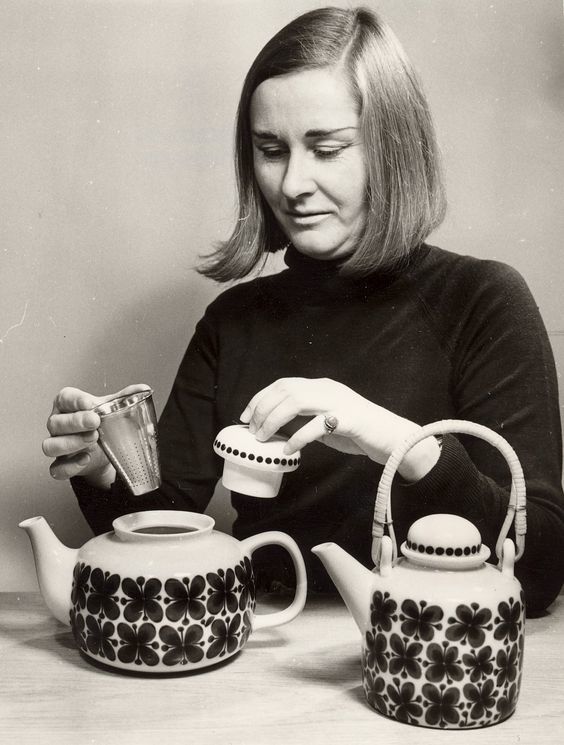