KÅRE BERVEN FJELDSAA (born 1918 in Sandnes, died 1991 in Stavanger) was educated as a ceramist at The Norwegian College of Applied Arts in Oslo from 1937 – 1942 and trained in the workshop of Jens von der Lippe from 1936 to 1946. He received a scholarship in 1956 for study at The Royal Copenhagen Porcelain Manufactory (Den Kgl. Porcællainsfabrik in Copenhagen). From 1947 to 1957 he had his own workshop as a ceramist in the municipality of Bærum in Oslo. From 1958 Fjeldsaa became head of design at the earthenware factory Stavangerflint AS in Stavanger, Norway.

As a ceramic artist Fjeldsaa was a pioneer in the use of stoneware. His objects from this period were highly appreciated and he was
awarded a gold medal at The Triennal in Milano in 1954 and at the International Exhibition of Ceramics in Cannes in 1957. As artistic manager and designer at Stavangerflint he made his designs both in “flintware” (fine earthenware), ovenproof models, vitroporcelain and stoneware. His most well-known creations are the model Kongsstein, the flintware service Brunette and the stoneware service Finse.

In addition to his work as a designer of tableware for households and the professional market, he created a series of vases, small objects of decorative art and reliefs in coloured stoneware for wall decoration. 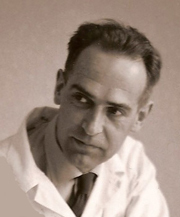