STIG LINDBERG (born 1916 in Umeå, Sweden, died 1982 in Italy) was a Swedish ceramic designer, glass designer, textile designer, industrial designer, painter, and illustrator. He is considered to be one of the greatest Swedish designers of all times.

After graduation at Konstfack University College of Arts, Crafts and Design in Stockholm in 1936, he started to work at the Gustavsberg porcelain factory under Wilhelm Kåge. In 1949, Lindberg succeeded him as Gustavsberg's artistic director and continued to work in this position until 1980 when he established his own studio in Italy.

Stig Lindberg created whimsical studio ceramics and graceful tableware lines during a long career with the Gustavsberg pottery factory. The Berså tableware, manufactured by Gustavsberg from 1960 until 1974, became one of Lindberg's most popular products. Today Berså appears as a symbol of the Swedish 1960's style. It was reintroduced by Gustavsberg in 2005.

From 1957 to 1972, Stig Lindberg also worked as a head teacher of ceramics at Konstfack University College of Arts, Crafts and Design. He also designed art glass for Kosta Boda and Holmegaard, plastic household articles and television sets for Luma. 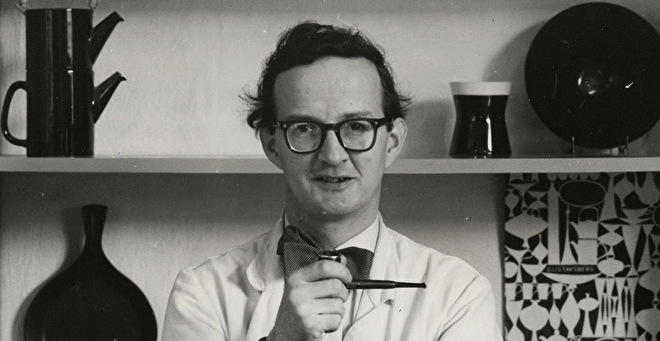